For the second year, Stremio conducts their add-on competition “Add-Оn Masters” with a prize pool of $5000.

Everyone with basic developer skills can join. Node.js is preferred, but add-ons can be built in other programming languages as well. There is a video tutorial below.

For those who are not familiar, Stremio is a media center similar to Kodi App but built with modern technology providing a great experience for both end users and add-on developers.

Here are a few helpful links that will get you the right info: 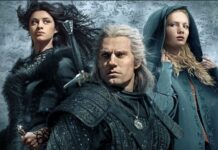