Sorry for this quick bump to Kodi v17.3 however we deemed it necessary. In the previous v17.2 we had a slight issue due to packaging certain binary add-ons like PVR, visualisation and Inputstream. Sadly we only uncovered this too late after release. Additionally on the older distros like Ubuntu 14.04 in combination with the available GCC 4.8 compiler an issue surfaced which we had to fix as well. This v17.3 release fixed both these issues and should be completely working again including the missing add-ons. 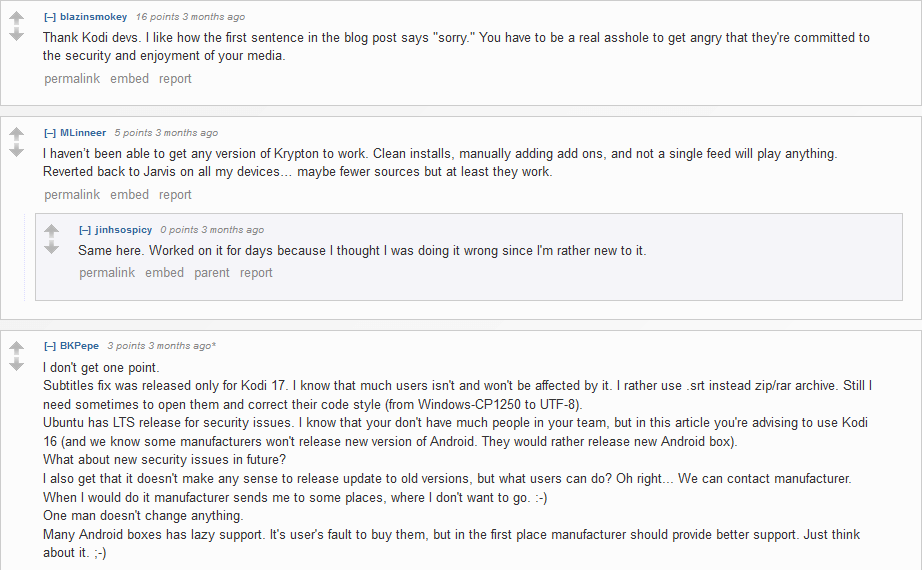 Your IP address right now is 3.225.221.130, 162.158.62.213 and without VPN protection, you can be easily tracked by ISP, Hackers, App or Addon developers. This is why you should install a good VPN while streaming on Kodi to mask your identity and privacy.

You may have read in the news that malicious subtitle zip files could potentionally infect and harm your media player including Kodi. When Check Point researchers uncovered this flaw they contacted us up front to let us know about this flaw. Our developers fixed this secuity gap and have added the fix to this v17.2 release. As such we highly encourage all users to install this latest version! Any previous Kodi version will not get any security patch. We have began the roll out of this version and Android Play Store as well as Windows Store have this update pending and will roll out as soon as possible. Please be patient if you are using these store versions. Our official download page of course has the regular install files available for the supported platforms.

To be clear this possible vunrability is only present when you first enable a subtitle dowload add-on and then actually download zipped subtitles. Any subtitles that you already have as text file, are embedded in the video stream or are included with you DVD or Blurays are safe.

In the bugfix releases we never include any new features. They are as feature complete as the initial version with the diference is they contain stability and usability fixes. If you are curious you can read up on all the v17 changes here: Kodi v17.0 “Krypton”

Only get static noise on Android?

if you have a Android device that only outputs static noise during playback we’d urge you to contact the manufacturer of your device. Recently we saw that Samsung released their Android 7.0 Nougat update for certain phone range that basically has broken audio support. This is something we as Team Kodi are not going to fix as it’s caused by a bug in their firmware. Only option you have is either stay at Kodi v16 or start contacting your device manufacturer and urge them to fix this issue.